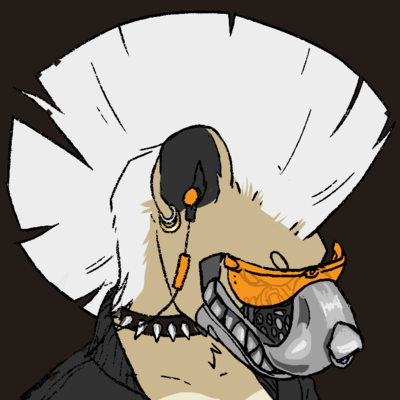 go ahead and boost anything I toot that is boostable!

I'm transfeminine and nonbinary (she/her or they/them), a person of color, ace, panromantic.

I love metal and I play bass guitar and drums! I also write short stories, sometimes.

My one girlfriend is a young trans girl living in NC. She is facing homelessness in like two weeks-ish, if not sooner. She doesn't have any options for an income because of her depression, there are no options for housing that either of us can find. Her abusive parents are actively violent and hunting her down and the pharmacy just refused to refill her estrogen. She's running out of options and neither of us know what to do.

If you could donate or reboost it would mean so fucking much to us. Even just a little bit, whatever you can manage.

anyways, if anyone wants to help me out with this second overdraft, my venmo is vantablack420 and my paypal is https://paypal.me/v33b33

just realized most people here don't understand what i mean. its this: race as we understand it didn't exist before capitalism. race emerged as an ideological underpinning and means to support the practice of chattel slavery. before that the romans didn't consider kinship with the gauls simply because they were both pale skinned. carthage was opposed because they were enemies for generations, not because they were african.

Sorry to be posting another one of these but rent is about to be due and I still haven't found work, and I'm extremely behind. I was able to pay last month's rent (very late but it happened) thanks to you guys and my family, and I'm very grateful. I understand we're all having hard times, but anything helps.

especially because those ideals were created during imperial japan to further nationalism, and don't actually have much historical precedent at all

@Zauberin I did a research paper on that, actually! _^

It was written by a statesmen who wanted to create a coherent sense of japanese national identity that would appeal to westerners, and he figured, why not use some of grandad's samurai stories

though he had a pretty thoroughly western education, and the west being the way that it was at the time... he kinda just made an orientalized chivalric code

but he wrote the book in both japanese and english and it caught on pretty well, so japan came to be accepted as part of the "civilized world" (though it was the age of imperialism so y'know)

the thing was, later on in life he was actually really disappointed by how his ideas got picked up by reactionaries

I can't focus for shit. But when I do focus its my GODDAMN SUPERPOWER

just replaced a couple dead switches in my mouse! turns out desoldering mouse switches is really easy, especially because my mouse is really easy to disassemble to get to them.

i need money for groceries and such

i just had an interview for a janitor position at DD's workplace, and i've been continuing to search for state jobs, so hopefully i won't have to do this much longer!!!

thank you so much for literally keeping me alive, fediverse!!!

"We want to acknowledge that many phenomena and acts touched on in Lancer – slavery, exploitation, racism, directed hate, genocide, the stealing of indigenous land – are real phenomena, are ongoing acts
of injustice and cruelty, and are not simply “fantasy" or “interesting devices” to use in a roleplaying game. Their inclusion in Lancer is by no means a flippant choice, intended to be read as endorsement, or idle
thought."

oh, and just read this amazing paragraph in the section "on content, discomfort and lancer":

i love this interview with the creators of lancer, miguel lopez and tom parkinson-morgan (the latter is of kill six billion demons fame).

been enjoying the hell out of Lancer RPG lately. i love how the game is explicitly leftist and presents a utopia-in-progress for the players to make an impact on.

it avoids the bleakness of cyberpunk RPGs. coming from shadowrun, lancer was very much a breath of fresh air for me.

cash request for a friend

My friend Faith (a young mother) is couch surfing in BK and needs money for childcare and carfare to get to her night time FedEx job. Her Cashapp is $faithhobson , the QR code is below . Thanks

go ahead and boost anything I toot that is boostable!