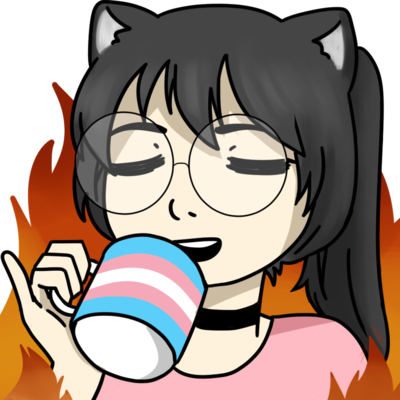 definitely the earliest i've ever went to bed on NYE lol, considering that a lot of the time i try to stay up all night; i went to bed at about 6 pm cst, and just now woke up. happy new year everyone :)

on the Amazon warehouse disaster (long)

The Amazon warehouse collapse reminds vee of my own brushes with companies that put their profit over worker safety in such a flagrant manner.

The thing is, from the inside, it's never quite so flagrant. There's never a human being telling you to your face "Yes we're putting you at risk to keep our profits up". It's always a policy, an oversight, a glitch, something that's being worked on.

My first real job was a call center in Florida. I remember when hurricane season hit and we were given a number to call each day before leaving for work to check if the office was open. It always was. Every time.

I remember one particular day we had a predicted hurricane landfall set for my commute hours. I decided not to go; I'd be spending half an hour on the road right when it was projected to hit; no way. I tried to call in, using the automated PBX garbage we were instructed to. It was "down".

I tried to call my manager, couldn't reach him. I eventually called HR directly and was told if I didn't submit my call-in to the PBX I'd be considered a no-show and terminated. When I explained the PBX was down, the rep repeated their statement verbatim. I explained again, they repeated again.

They didn't know (or rather wouldn't tell) who to contact about the PBX being down. They said it was an oversight in process and they'd look into having someone to call for next time.

That's when it kind of clicked for vee, you know? I refused to go in; I got "lucky". The office got closed basically by order from the state. Next time I went in for work, parts of the building were damaged; I got seated next to a blown out window. I got rained on during my shift.

In my next manager meeting I relayed this story to him. He nodded slowly and jumped into an obviously rehearsed speech about "Yes our policy says you must call the PBX to call in. It being down is an oversight. We will consider revising the policy in the coming weeks"

They never did. They didn't because this was all deliberate. Never tell your workers "We're abusing you", but put up velvet ropes so they can't exit the planned path. The planned path being abuse.

It's never flagrant. They never bold-faced tell you. They just wall you in, force you to follow a protocol, and claim any abuse baked in is "a glitch", then never fix it. They blame the slow wheels of business, every time. A fix is coming, once all the stakeholders sync up.

Then people die because with no humane, basic respect for their safety and dignity, they're left with the choice to submit to the abusive system or be victimized "by policy"

So you had the "Cloud to Butt" extension that replaces every instance of the word "Cloud" with "Butt" for humorous effect, right?

A couple years back someone filed an urgent ticket with ops at work claiming someone was vandalizing the internal knowledge base. A coworker took it and went "I don't see anything wrong can you look?"

I opened one of the linked articles and someone had cloud-to-butt'ed it. I checked the edit history and the person who did it was the person who initially took the ticket and saw nothing wrong. So I went "History says you did this, is this a prank?" and then it hit vee.

They were using the extension and any time they edited a document, the extension replaced "cloud" with "butt" in the <textarea> for the content editing, and then it was getting saved back to the KB article.

They saw nothing wrong because they were expecting the "Butt"s.

inclusivity win! this landlord makes you pay rent for each of your headmates

Trysdyn, Jolteon Aspect @[email protected]
Alright it's time. Big Bad Game-a-thon is live and in pre-roll. The actual content begins in 15 minutes and will be live until Sunday night PDT.

We're a bad/weird/jank game marathon focusing on speedruns with a splash of showcase content for those games that just can't be speedrun in any real sense. I'm one of three founders/admins and this is my favorite event of the year >:3

got a covid test after hearing about the delta variant, due to being worried after having what i thought were allergies a lot; thankfully the results came back negative

"Basically, I can play hard games because I have faith in my ability to cheat if the game becomes intractable"

This is great. Some PSP enthusiasts are putting a HUGE PSP homebrew collection up on the Internet Archive. Over 3,000 so far and still ongoing.

I also discovered a plugin that enables state saving like you can do with emulators. So you can save your game whenever you want rather than at save points. Pretty neat.

queer speedrunning charity marathon i'll be in and helping with

Power Up With Pride starts tomorrow, raising money for The Trevor Project! I'll be running Snow White in Happily Ever After on Friday Afternoon, and doing coop super metroid world randomizer with friends on Sunday Afternoon, and also helping behind the scenes. its an awesome community and i recommend watching :D

Can anyone recommend quiet/relaxed/chill PG-13-ish Twitch streamers that are live around 11p-2a PDT that preferably (but not mandatorily) are queer, and do retro, RPGs, or speedruns?

That's when I end and I have 2 or 3 host candidates I'm comfy sending people to that won't scream and wake up viewers who nodded off to my stream, aren't trash people, and don't play things that aren't a major disjoint from my content.
1+
val boosted
May 07, 2021, 17:01

literally the worst idea i've ever had

queer gaming marathon i'll be a part of and organizing(+)

The Undefined behaviour 2 schedule was just published!!! it will be from may 14-17, and i'll be running powerpuff girls gbc 3 games 1 controller and Snolf Robo Blast 2! Check it out at https://oengus.io/marathon/ub_2/schedule

just got my first dose of the vaccine :D

something small in life my goes wrong: *holds a stuffed animal*

something big in life my goes wrong: *HOLDS A LARGE STUFFED ANIMAL*

queer speedrunning marathon that i'll be helping with

Submissions for Undefined Behaviour 2 are now open!!! It is a marathon looking to explore glitchy, unusual or marathon-unsafe runs, as well as related queer gaming content! I'll be helping with it and i recommend checking it out :D find out more at https://t.co/kuCqZ21oer